Explore the magnificent coastline of northern Dalmatia as you cruise from island to island, and with your guide cycle through various medieval towns, vegetation and picturesque bays . Highlights include riding through the limestone terrain of Rogoznica, amongst the waterfalls in the National Park Krka and discovering the numerous bike routes in Vodice. Enjoy free time in both the historic towns of Zadar and Sibenik to discover more about Croatia’s culture and history.

DAY 1 SPLIT - ROGOZNICA
Arrive into Split and join your vessel for embarkation until 13:00. Depart from Split while enjoying lunch and meeting your fellow travellers. Arrive in Rogoznica, a small peaceful place with beautiful beaches encircled by karst terrain (limestone) and stone. Cycle along the coastal road to Zmajevo Oko and then onwards through the olive groves and vineyards towards Saric Courts. Descend to Primosten where you'll spend the rest of your day. L

DAY 2 ROGOZNICA - SALI
This morning, cruise towards Vodice, one of the most known places in Dalmatia with many fascinating bike routes. Cycle to Tribunj, a picturesque Dalmatian town where the historical city centre is known for its donkey racing. Cycle further on to Tisno, a place situated on the island of Murter which is connected with the land by bridge. Ride along the sea and pine forests to Murter village. Enjoy lunch back on board and cruise to Dugi Otok where you will enjoy a pleasant ride from fishing village Sali to a beautiful park of nature Telascica and back. Join an optional Captains dinner on board. BL

DAY 3 SALI - ZADAR
After breakfast, you will cycle the main island road to the northern part of the island Dugi Otok. A true example of a place where two opposites are more evident, Dugi Otok showcases picturesque villages and secluded beaches colliding with majestic cliffs and lush vegetation making for a unique ride. Arrive in Brbinj where you'll enjoy lunch onboard while cruising to Zadar, a city of 3000 years worth of history and cultural heritage. Spend the rest of the day at your leisure. BL

DAY 4 ZADAR - VODICE
After breakfast, cruise from Zadar to Ugljan, the sunniest island in the Zadar archipelago. Today's route starts in Preko, the biggest place on the island and leads along the coastline to Kali and then Kukljica. The islands of Ugljan and Pasman are connected by bridge. Pasman is an island without frontiers, the island of joy and happiness, of people with big hearts. Arrive in Tkon where your vessel is waiting and cruise onwards to Vodice which has great views of the pearls of the Kornati islands. BL

DAY 5 VODICE - SIBENIK
Early morning cruise towards Sibenik with panoramic views of the royal town as well as the fortress of St. Nicholas from XVI century. The flow of the river provides a unique cruise experience towards Skradin, which lies at the point where the Krka River plunges into the Adriatic Sea. Enjoy a cycling tour to Krka National Park, which covers an area of more than 14000 acres on the central and lower part of the Krka River and whose seven waterfalls leave you breathless. Particularly spectacular is the Roski slap waterfall and Skradinski Buk. After some down time, continue to Sibenik and spend the afternoon at your leisure to explore the oldest native Croatian city on the Adriatic. Enjoy dinner on board. BD

DAY 6 SIBENIK - TROGIR
After breakfast, bike towards the Fortress of St. Nicholas, a UNESCO World Heritage Site, which is located at the entrance to the St. Anthony Channel and was built in the middle of the 16th century as a defence from Turkish attacks from sea. Ride along the coast path with beautiful views of the royal city of Sibenik. Continue to two small salt lakes, Vela and Mala Solina used for salt production. Visit tourist village Solaris and enjoy a swim stop in one of its beaches. Return to Sibenik, join lunch onboard as you cruise towards Trogir, the real Dalmatian pearl with the best preserved Romanesque Gothic City. BL

DAY 7 TROGIR - SPLIT
This morning, you will cycle the last island of the tour - Ciovo. Bike the first part by the coast until Slatina is flat, then cycle up to the church of Lady Prizidnica which dates from 1546, situated between steep cliffs just above the sea and lies on the south side of the island. Ride back down to Slatine and continue to the highest point of the island with a unique view of Split, Kastela and neighbouring mountains. Return to Trogir for lunch onboard as you continue to your final destination of Split. Spend the rest of the day at your leisure exploring Split. BL

DAY 8 SPLIT
After breakfast, say farewell to your fellow travellers as you disembark at 09:00. B

* Based on 2020 itinerary and inclusions. To be reconfirmed by tour operator.

* Based on 2020 itinerary and inclusions. To be reconfirmed by tour operator. 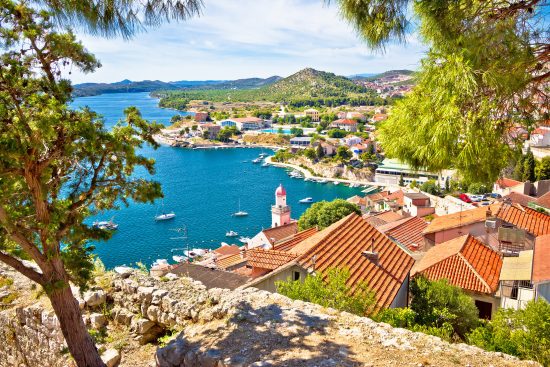 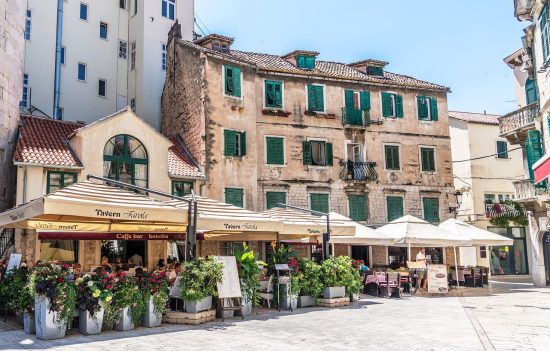